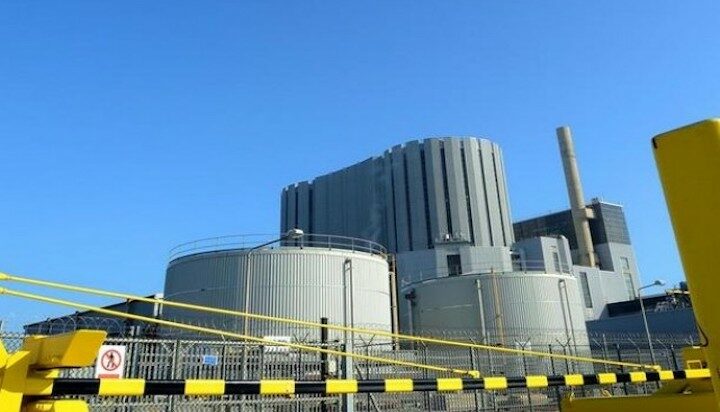 The Dungeness B nuclear plant which is now closed. Image: EDF

New arrangements to safely and efficiently decommission seven advanced gas cooled reactors (AGRs) due to come offline by 2030 have been agreed between EDF and the UK Government.

The deal is estimated to save taxpayers around £1 billion as EDF and the Nuclear Decommissioning Authority (NDA) form a new partnership.

The latest arrangement means EDF will aim to shorten the time it takes to safely remove the fuel from the power stations as they come offline, before working closely with the NDA to transfer ownership of the power plants to the NDA.

Energy Minister Anne Marie Trevelyan said: “Today’s deal marks an important milestone in managing the legacy of our older nuclear power stations, ensuring these stations are decommissioned safely and efficiently. By using the unique expertise of both EDF and the Nuclear Decommissioning Authority, we will ensure costs are reduced, saving the taxpayer an estimated £1 billion.

“It forms part of our wider commitment to the future of nuclear energy, including looking to reach a final investment decision on at least one nuclear power station by the end of this Parliament, alongside harnessing new and exciting advanced nuclear technology.”

EDF recently announced the closure of the first of the AGR power stations, Dungeness B.

Once a nuclear station closes, the first stage of clean-up requires all nuclear fuel to be remove from the station, before the second phase of decommissioning begins.

This involves the initial dismantling and removal of contaminated parts before the plants enter abeyance – care and maintenance to allow radioactive materials in reactors to decay.

EDF had originally been responsible for total lifetime decommissioning of the AGR stations, however, the revised arrangements will retain their involvement while making the most of the expertise of the NDA.

Simone Rossi, Chief Executive of EDF added: “We are committed to delivering value to the taxpayer via the and the revised arrangements provide the certainty we need to plan and deliver safe and cost-effective de-fuelling. The arrangements also provide our employees and supply chain partners important clarity over jobs for the coming years.

“We look forward to building on our collaborative partnership with the to ensure successful de-fuelling with Sellafield and a seamless transfer of the stations to Magnox.”