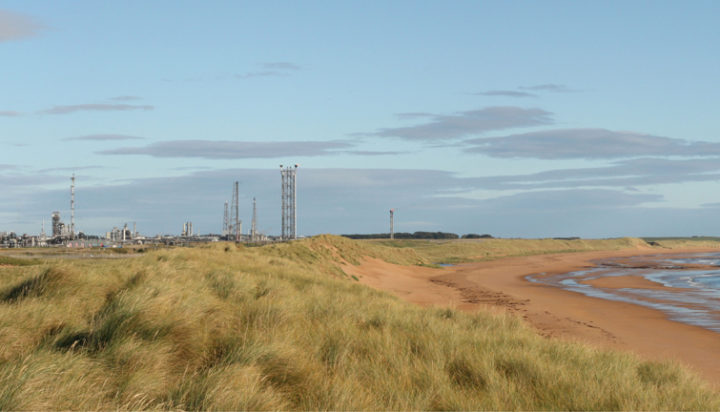 Petrochemicals giant INEOS has signed a Memorandum of Understanding (MoU) to work together with other major companies to develop what is described as Scotland’s first carbon capture and storage (CCS) project.

Partners for the so-called Acorn project include Storegga, Shell and Harbour Energy.

The development, which is also backed by the UK and Scottish governments and the European Union, is forecast to enable the capture and storage of around one million tonnes of carbon dioxide a year by 2027.

The first phase of the project is predicted to capture approximately 300,000 tonnes a year of existing industrial carbon dioxide emissions at the St Fergus gas terminal complex in North East Scotland and transport them for permanent storage deep under the North Sea.

Nick Cooper, Chief Executive Officer of Storegga, Lead Developer of the Acorn Project, said: “The Acorn CCS and hydrogen project is advanced, highly scalable and has clear visibility of a large carbon dioxide customer base.

“Acorn provides critical carbon reduction infrastructure to the growing Scottish Cluster of emitters and to the wider UK.”

Andrew Gardner, Chairman INEOS Grangemouth, said: “As one of Scotland’s largest manufacturers and employers, we acknowledge that we are operating a carbon-intensive industry and we have a significant role to play in helping Scotland reach its Net Carbon Zero target by 2045.”