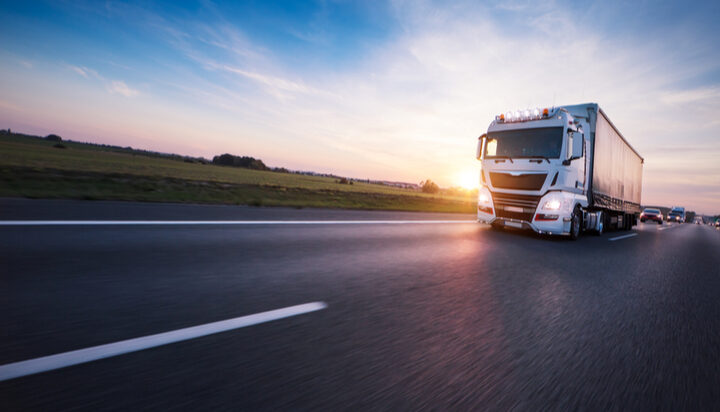 The government has today announced its intention to phase out the sale of new diesel and petrol heavy goods vehicles (HGVs) by 2040.

A consultation for the date will soon be launched and will be combined with a proposal for a 2035 phase-out date of vehicles weighing between 3.5 and 26 tonnes.

The announcement is part of what the government calls ‘world’s first greenprint’ that aims to decarbonise all modes of the UK’s domestic transport by 2050.

The plan also includes a commitment to electrify the entire fleet of 40,000 government cars and vans by 2027. That is three years earlier than previously announced.

In November, the government announced the end of the sale of new petrol and diesel cars in the UK by 2030.

The so-called ‘greenprint’ also includes a jet zero consultation which proposes a net zero target for domestic flights and all airport operations in England for 2040.

Transport Secretary Grant Shapps said: “Transport is not just how you get around. It is something that fundamentally shapes our towns, cities and countryside, our living standards and our health.

“It can shape all those things for good or for bad. Decarbonisation is not just some technocratic process. It’s about how we make sure that transport shapes the quality of life and the economy in ways that are good.

“The Transport Decarbonisation Plan is just the start, we will need continued efforts and collaboration to deliver its ambitious commitments, which will ultimately create sustainable economic growth through healthier communities as we build back greener.”

Graeme Cooper, Head of Future Markets at National Grid, said: “This is the first zero emissions transport mandate for a major economy and is a great opportunity ahead of COP26 to show the UK’s commitment to clean transport and clean air.”