Manchester switches on a light that will never go out 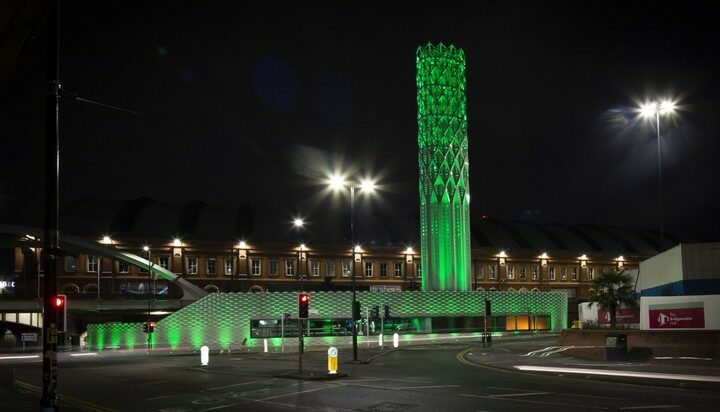 Manchester has switched on the so-called 40-metre high ‘Tower of Light’ which is part of a massive heat network that promises to cut the city’s emissions.

The ‘Civic Quarter Heat’ network, which will go live early next year, will provide electricity and heating to some of Manchester’s iconic buildings, including Manchester Town Hall and Manchester Art Gallery to help them reduce their carbon dioxide emissions.

Built by Vital Energy and owned by the council that has set a net zero goal by 2038, the network has a combined heat and power engine which captures and re-uses heat created as a by-product of producing electricity.

Councillor Tracey Rawlins, Executive Member for Environment for Manchester City Council, said: “It’s a complex challenge but ambitious projects such as this network show that we are taking action to rise to it.

“As well as looking beautiful, we hope that the Tower of Light will be a beacon for this kind of work.”