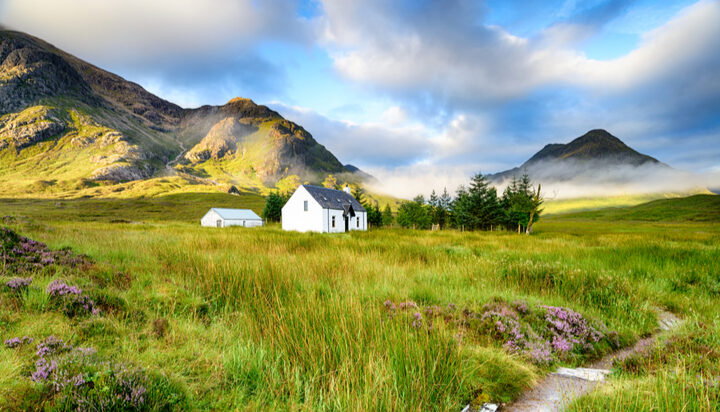 Rural communities are the most at risk of energy and transport poverty.

That’s according to a new study from a variety of universities, which claims rural residents are most at risk due to a lack of access to nationalised heating infrastructures, high risk of power cuts and the fact they live in older homes with poorer insulation.

Transport poverty issues are linked to the lack of nearby goods, services and jobs – as well as poorer service when it comes to public transport.

The study claims that the double threat of both energy and transport poverty is more prominent in countries where disadvantaged households are concentrated in more remote and rural locations, such as Wales, Australia, France and most of Eastern Europe.

It reveals that having one of these problems can regularly perpetuate the other; if someone already has poor access to transport it is unlikely their ability to have domestic energy services will be of a decent standard.

Those hardest hit with the problem of both were people living in more isolated and remote communities that were also of a more disadvantaged background socially – whether that’s their ethnicity or income level.

The authors of the study are calling for governments to make policies cross-over more to incorporate housing, energy and transport all at the same time.

They claim that the intended move to a low carbon society to reach net zero would currently exacerbate the problem for those already suffering and that policy must be realigned to protect the disadvantaged as more climate-based solutions are pursued.

The research was published from academics of Liverpool John Moores University and the Universities of Edinburgh, Sussex, Dortmund and Oxford.

Lead author of the study, Dr Neil Simcock, said: “Recent rises in domestic energy prices and motor fuel shortages have brought home the vital importance of ensuring everyone can keep their homes warm and travel to the services they need.

“Our research shows that for many people, however, achieving these basic needs is likely to be a major struggle. It is therefore crucial that steps are taken to address deep-rooted inequalities within societies.

“As part of meeting net zero targets, policies should ensure that the most disadvantaged people and places are able access and benefit from the low carbon technologies that can reduce their energy and transport costs.”