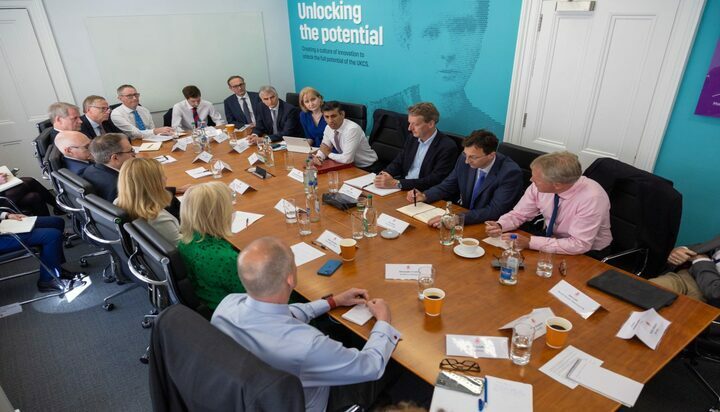 The Chancellor has met with oil and gas companies amid fears that the recently announced windfall tax would ‘hurt’ future investments.

Rishi Sunak spent the morning at the Net Zero Technology Centre in Aberdeen, hosting a roundtable with about 20 business leaders from the UK’s oil and gas industry.

Mr Sunak was told the new rate has deeply concerned the industry due to its high rate and the speed with which it was imposed.

Deirdre Michie, OEUK’s Chief Executive, said: “The Energy Profits Levy is an unexpected new tax that changes the basis for investments. We had a candid and constructive meeting with the chancellor to discuss these issues and our industry leaders were clear about their concerns, especially the impact on investor confidence. Both sides have committed to further discussions.

“We will work constructively with the UK government and do our best to mitigate the damage this tax will cause but if energy companies reduce investment in UK waters, then they will produce less oil and gas.

“That means they will eventually be paying less taxes and have less money to invest in low carbon energy.”