How many private jets are flying to COP27?

How many world leaders have taken the trip to the climate summit in private planes? 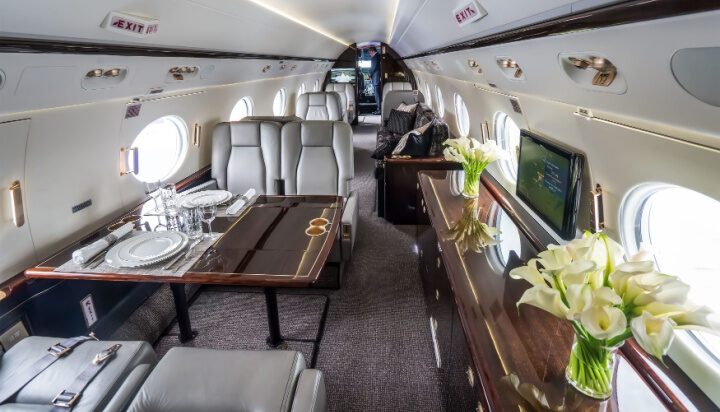 Many have come under fire for travelling to the COP27 climate summit by private jet – but how many have actually made the trip?

According to research by FlightRadar24, in the two days leading up to the start of the summit, 36 private jets landed in Sharm El-Sheikh.

In addition, 64 more flew into Cairo – with 24 of these coming from Sharm El-Sheikh.

The research claims that nine of these flights were from the UK, two from the US and the remainder all from European nations including Italy, the Netherlands and France.

The company does stress that not all flights taken could be accounted for – with limited coverage in the area – but private jets have arrived in the two locations from 40 airports in total.

Private jets generate more greenhouse gas emissions than conventional commercial flights – due to the lack of people onboard.

The study has found that a private flight in a Gulfstream G650 aeroplane – the most popular model that flew into Egypt – from Amsterdam would generate around 24 tonnes of carbon.

In response to the UK Prime Minister and Foreign Secretary arriving in an RAF Voyager aircraft, a government spokesperson said: “This delegation travelled on one of the most carbon-efficient planes of its size in the world and carbon emissions from these flights are also offset.”