Westinghouse gets nuclear all clear

The American designed Westinghouse nuclear reactor has passed its last major safety hurdle it was announced today. The Office for Nuclear Regulation (ONR) has agreed to close a ‘regulatory issue’ […] 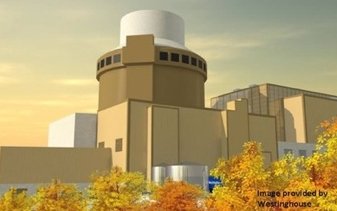 The American designed Westinghouse nuclear reactor has passed its last major safety hurdle it was announced today. The Office for Nuclear Regulation (ONR) has agreed to close a ‘regulatory issue’ or RI which was raised against its AP1000 reactor design. The RI centred around concerns about the civil structures around the reactor.

The ONR which has succeed the HSE’s Nuclear Directorate, says although there are still some remaining issues, they don’t warrant serious concern and are convinced Westinghouse can iron them out. The RI is the last major safety hurdle that needed to be lifted before the final design plans can be granted approval.

These safety reviews are all part of the UK’s Generic Design Assessment, a detailed safety and planning process which has been running for three years already jointly by the Environment Agency and HSE. Unless a reactor passes the GDA it won’t be built.

The AP1000 is the reactor of choice for the planned new nuclear stations to be built by Horizon Nuclear, a joint venture between npower and E.On.