The preliminary results of a study into the High Speed 2 railway has shown that the line between Birmingham and London could ultimately reduce carbon emissions in the UK, despite […] 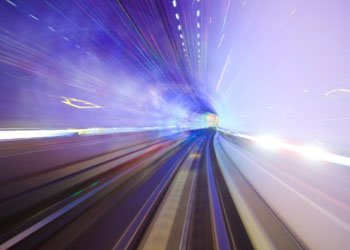 The preliminary results of a study into the High Speed 2 railway has shown that the line between Birmingham and London could ultimately reduce carbon emissions in the UK, despite the Government and green groups saying it would be carbon neutral at best.

The report’s authors, Greengauge 21, a not-for-profit high speed rail research have suggested that the project could cut carbon should the government make the electricity supply green, agree an optimum speed and build the project sustainably. Also beneficial are if the line frees up capacity from existing lines and attracts passengers from ‘dirtier’ forms of transport.

Stephen Joseph, Campaign for Better Transport’s chief executive, said: “The Government view is that HS2 is neutral in carbon terms, but this does not take account of the impact on the rest of the rail network. The West Coast Main Line is avery busy mixed use railway and if capacity for better rail services is freed up by HS2, mode shift from road to rail could - if combined with other policies - result in big carbon reductions, especially in freight and in medium distance commuting and businesstravel.”

A Friends of the Earth statement showed scepticism: “Investment in faster, better rail travel is urgently required, but the current high-speed rail plans will do little to cut climate-changing emissions- and may even increase them- nor will they entice many people out of planes and cars.”

The report is an interim document ahead of the full results of the research, which will be published in 2012. In the next phase of the study will examine the knock-on effects on other modes of transport.