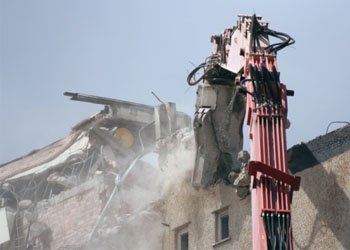 A leading trade association has called on the Department for Communities and Local Government (DCLG) to recognise the redevelopment of brownfield land as a driver of economic growth in the draft National Planning Policy Framework.

The Environmental Industries Commission, who campaign for the environmental technologies and services industry, are calling on Government to ensure new policy contains a commitment to the ‘brownfield target’ that at least 60% of new homes be built on previously developed land and to include some recognition that this will reduce the need for development on greenfield sites. The group are concerned current guidelines will lead to cheaper greenfield land, which would leave suitable brownfield sites abandoned and could be bad for the environment.

EIC’s Executive Chairman Adrian Wilkes said: “The longstanding planning policy of prioritising development on brownfield land has encouraged widespread remediation of contaminated land across the country. It has created substantial environmentaland economic benefits- to both developers and to the UK’s growing land remediation industry. DCLG are putting the greenbelt at risk and undermining the Government’s “Green Economy” growth plans by damaging the international competitiveness of the UK’s remediation industry.”