Labour MP Alan Whitehead has questioned the whole point of the electricity market reform. Speaking this morning at the Smartest Energy annual conference he said the EMR should be renamed […] 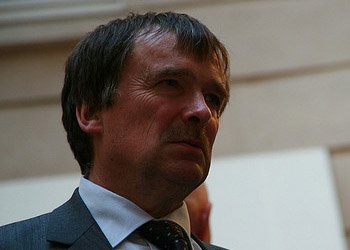 Labour MP Alan Whitehead has questioned the whole point of the electricity market reform. Speaking this morning at the Smartest Energy annual conference he said the EMR should be renamed “Electricity Market Non-Reform” as he argued its unlikely to do enough in its current form to secure supply and move the UK to a low Carbon society.

He said: “The remarkable thing about electricity market reform as proposed is there is no reform. The market stays as it is. A number of the pillars are over complex and I think they have been made over complicated to underwrite new nuclear without overtly doing it through public subsidy.”

Speaking to an audience of traders and buyers Dr Whitehead said these were his views alone and not Labour policy, as he argued the EMR was a direct sop to the nuclear industry and governed by political dogma rather than market issues. Claiming the EMR was a fundamental part of the coalition plans and so “thought up in a hurry” he argued the Carbon price floor was an indirect way of paying nuclear generators from the public coffers without compromising on the coalition promise of “no subsidy for new nuclear”.

Dr Whitehead commented: “Everyone knows nuclear power around the globe has always needed public subsidy and I doubt this will be any different in the UK.”

The MP who sits on the Energy Select Committee agreed that the UK needed to replace high Carbon generation plant with low, maintain capacity margins, offer good value to consumers and most importantly ensure investor confidence for at least a decade, but believed the four pillars of the EMR did not achieve this.

“Should the pillars stay or go? Well to quote a song, if we stay there will be trouble, if we go it will be double. Capacity payments we need but the Carbon price floor aims could just be done through the EU ETS. The Emissions Performance Standard? Do we need that when we could just ban unabated coal generation and as for the Contracts for Difference I question why we need to dump the Renewables Obligation payments?”

Dr Whitehead said he would want to see more demand side measures in the plans and emphasis on efficiency. He added there was still room for debate.

“I would like to see a much more in-depth discussion so when we do get EMR we all know where we are going and how long for and that we have a stable environment for investment.”

The EMR is due to be incorporated into the new Energy Bill early next year.