Renewable groups line up to shoot down ‘over-simplistic’ report

Renewable groups are lining up to shoot down the findings of a report which suggests renewable energy is expensive and unnecessary for the UK’s energy mix. The report by AF […] 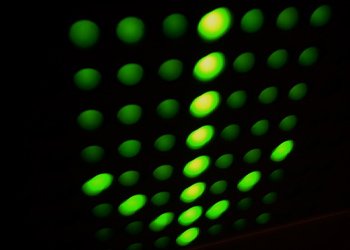 Renewable groups are lining up to shoot down the findings of a report which suggests renewable energy is expensive and unnecessary for the UK’s energy mix.

The report by AF Consult suggests that if costs are the biggest concern, renewables “have no part to play in reducing greenhouse gas emissions by 80% before 2050”.

“The model shows that the cost of having a renewables target over and above an emissions target alone is high. It is often not clear whether the aim of that policy is to reduce carbon dioxide emissions, or to deliver renewables for their own sake,” states the report.

Instead, it points to gas and nuclear as the best option for low cost energy.

But trade body RenewableUK dismissed the findings as “over-simplistic”.

“The case for investment in renewable energy has been made forcefully this week by David Cameron and Nick Clegg – the jobs, emission reductions and control over our energy supplies that wind power provides overwhelm this kind of simplistic analysis.”

While Gaynor Hartnell, the Renewable Energy Association’s CEO said: “It is not just a question of finding the cheapest way to save carbon.

“We have an ambitious renewable energy target for good reason. The challenge to Government is to achieve it cost-effectively.”

DECC took a swing a the report too, suggesting its conclusions are undermined by assumptions “which skirt over four crucially important factors”.

These factors are a rise in electricity demand, the need for a “diverse” energy mix, a continuous drop in the cost of renewables and the uncertainty of gas prices.

The AF Consult report was originally commissioned by KPMG but subsequently dropped by the global auditing firm.

A spokesperson said this was because “The assumptions and parameters used in the model produced large swings in the financial outcomes. To avoid any misinterpretation, we have decided not to publish any findings.”