Seven English water companies have announced a hosepipe ban will come into force in the south east before the Easter holiday begins. The UK has faced extremely dry conditions over […] 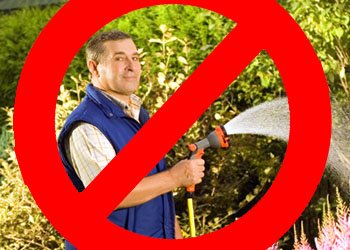 Seven English water companies have announced a hosepipe ban will come into force in the south east before the Easter holiday begins. The UK has faced extremely dry conditions over the last two years meaning a drought in the south is likely. The temporary usage ban will begin on April 5th.

Rob Varley, operations director at the Met Office said: “The last two years have been very dry across many parts of England with some areas seeing as little as 60% of their normal rainfall in that time. Even sustained rainfall over the next few months would have a limited impact.”

Southern Water, South East Water, Anglian Water, Sutton and East Surrey, Veolia Central, Veolia South East and Thames Water are all introducing restrictions. Thames Water has said anyone who breaches the terms of the water use bans can be prosecuted.

Since March 2010 the south east has had 35cm less rain than normal. Groundwater levels across parts of the Thames Water region are close to the lowest levels ever recorded.

Martin Baggs, chief executive of Thames Water said: “We have been doing as much as we can ourselves to save water, reducing leakage by a third since its peak in 2004 to its lowest-ever level and hitting our leakage-reduction targets five years running.

“We know these restrictions will be unpopular but they will save a lot of water. A garden sprinkler uses as much water in an hour as a family of four uses in a day and when water is in short supply the needs of families must come first.”Under the terms of the ban hosepipes will not be allowed, but watering cans are fine.