Members of the energy industry have expressed concern over today’s news that the Horizon project for new nuclear has been binned. The UK is set to lose 12GW of its […] 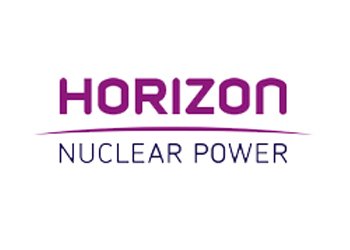 Members of the energy industry have expressed concern over today’s news that the Horizon project for new nuclear has been binned. The UK is set to lose 12GW of its installed coal generating capacity in 2015 and a further 7GW of nuclear capacity by 2020 due to planned decommissioning. As a result, the Government is being urged to help find a new owner for the project

Alistair Smith, Chairman of the Institution of Mechanical Engineers’ Power Division said: “This is worrying news which will certainly delay a key part of the UK’s nuclear build programme. This means that over the next decade we will be even more reliant on imported, carbon-intensive gas, making the UK a hostage to volatile gas prices for years to come.

He suggested it was “a sad indictment of successive governments’ failure to nurture a strong UK power generation industry that today a decision made in Berlin can have such a serious impact on British energy policy.”

The utilities RWE and E.ON had planned to build up to 6,000 megawatts of new nuclear plants in Britain by 2025 and had been due to announce a reactor design choice for Wylfa, the first of the new plants.

The union Unite claim the plant in North Wales has the potential to bring around £3 billion into the UK supply chain, generate 5,000 jobs for the project on Anglesey, sustain the Springfields Fuel Plant in Central Lancashire for decades and safeguard over 1,000 jobs.

Unite national officer Kevin Coyne said: “The UK government must not allow this crucial UK project to fail because of decisions being made in Germany. Britain needs Project Horizon to succeed for the sake of ourfuture energy needs and thousands of skilled jobs which would be created as a result.”

Andrew Horstead, Energy Risk Analyst at Utilyx echoed the union’s sentiments: “The UK’s future energy outlook is quickly moving from uncertain to fragile. There needs to be a replacement for the Horizon consortia and quickly.”