Imperial college launched its very own CCS research plant yesterday- right in the middle of London. The pilot plant, arguably the most sophisticated of its kind in an academic institution […] 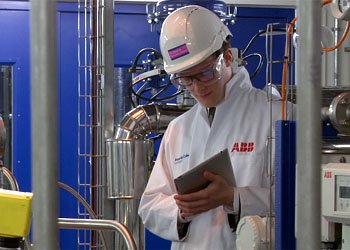 Imperial college launched its very own CCS research plant yesterday- right in the middle of London. The pilot plant, arguably the most sophisticated of its kind in an academic institution in the world, will provide a hands-on education experience for the College’s undergraduate engineers.

The plant demonstrates how CO2 emissions can be captured in a power plant, giving students the opportunity to experience and explore “cutting edge processes” from industry.

Dr Daryl Williams, the director of the pilot plant project at Imperial told ELN: “From a teaching perspective, having a pilot plant is important because it teaches young engineers about how to safely start up processes and how to stop them. Having a facility that’s industrial in a university setting allows us to give our students a real-world, hands-on experience of being plant operators.”

The technology behind Imperial’s plant works by capturing the CO2 in an ‘absorber column’, where a solution called monoethanolamine (MEA) captures the CO2 and transports it to a ‘stripper column’ that heats the MEA and removes the CO2 so that it can be stored. Each day, the process separates 1.2 tonnes of CO2, which is stored and then recycled for use at a later stage.

Imperial expects to train more than 8,000 undergraduates during the plant’s predicted 25 year lifespan. The plant will also perform several other roles: a summer school for engineering students from around the world; a laboratory for Imperial academics who are improving technology to capture CO2 emissions and a location for the energy and chemical engineering sector to train staff in London.

Imperial received a £1 million investment toward the plant from partners ABB. The agreement gives the university access to advanced control and instrumentation technology and in return, ABB has access to the carbon capture pilot plant for its own use for customer demonstrations and training.

Steve Wilding, an account manager from ABB said: “When I was a student there was a real shortfall of plant access. So the benefit is that when a graduate goes out to a plant they’re familiar with it, the equipment and the protocols.”