A majority of people in the UK are in support of using wind power, according to the latest poll commissioned by the country’s wind and marine renewables trade body. Two-thirds […] 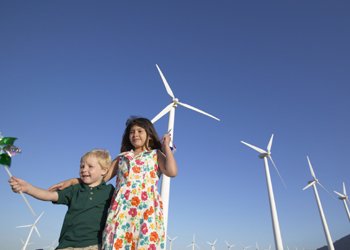 A majority of people in the UK are in support of using wind power, according to the latest poll commissioned by the country’s wind and marine renewables trade body.

Two-thirds (67%) are in favour of wind power in the UK, while only 8% oppose, according to new research by Ipsos MORI for RenewableUK.

The online poll of 1,009 adults across Great Britain also suggests people are not as put off by their appearance as has been claimed. A majority (57%) said they found the look of wind farms on the landscape acceptable.

Only a fraction (3%) of people said they are “strongly opposed”.

Maria McCaffery, Chief Executive of RenewableUK said: “It’s clear that the majority of those surveyed are supportive of energy from wind – strongly indicated from our survey results.

“It is therefore not only undemocratic to allow the vocal anti-wind minority to derail the UK’s plans for renewable energy, but also damaging to our economy, undermining investment and jobs that will help to rebuild communities across the country and put the UK on a path to future economic prosperity.”

In a clear dig at the MPs who recently wrote to David Cameron to express their lack of support for wind, she added: “I hope that those who have recently tried to stifle the good support that wind energy has from Government listen to this majority view.”

However the MPs behind the letter to the Prime Minister dismissed the poll as a “waste of time”.

Chris Heaton Harris, MP for Daventry who organised the letter told ELN: “There’s a statistic that about 67% of statistics are made up on the spot. I don’t put much weight behind this. If you polled my constituents, probably 98% of them would be against wind.

“I’m glad they spent some money on this but it’s just a waste of time.”

He added he was looking forward to the meeting of various anti-wind groups in Parliament later this afternoon.