Three of the UK’s largest water firms are lifting their hosepipe bans tomorrow after the wettest April on record. Thames Water, Anglian Water and Southern Water announced the move following […] 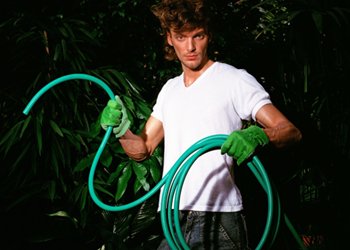 Three of the UK’s largest water firms are lifting their hosepipe bans tomorrow after the wettest April on record.

Thames Water, Anglian Water and Southern Water announced the move following the deluge of rain over the last two months.

Thames Water which serves 8.8 million people across London and the Thames Valley says its customers helped save more than 100 million litres a day during the hot spell in May, while the Temporary Use Ban was in place.

Anglian Water says the rain has boosted flows in many rivers and largely refilled reservoirs hit hard by the UK’s two-year-long drought – but aquifers still aren’t totally full yet.

Paul Valleley, Anglian Water’s Director of Water Services said: “Many aquifers started April at historically low levels and many are still below normal, even after the torrential downpours we have seen recently.

“The recharge of these aquifers is a natural process and with summer now upon us, there is unlikely to be any real change until we get a full winter of rain to replenish them.”

Southern Water is lifting the water restrictions in Sussex and Kent and now says it is still dealing with the aftermath of “severe flooding” in some regions as a result of the “exceptionally wet weather”.

Meyrick Gough, Southern’s Water Quality and Strategy Manager said: “While our focus remains firmly on helping to deal with the aftermath of the torrential rain and flooding in the south over the last few days it is also right for us to lift the water restrictions.

“Our supplies have been topped up by the wet weather and are now in a much stronger position going into the summer than they were when we introduced the restrictions in early April.”

He said the firm is asking customers to continue using water wisely.

Britain’s other four companies, which are more heavily reliant on groundwater supplies, are expected to keep their restrictions in place for longer.