The EU is being called on to phase out a certain type of gases used in fridges, insulation and air conditioning to combat climate change. A coalition of environmental organisations […] 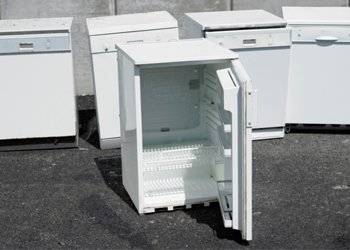 The EU is being called on to phase out a certain type of gases used in fridges, insulation and air conditioning to combat climate change.

A coalition of environmental organisations wrote to the EU’s climate Commissioner, Connie Hedegaard to demand the phasing out of fluorinated gases known as F-gases.

The Environmental Investigation Agency (EIA), Greenpeace, the European Environmental Bureau, and World Wide Fund for Nature plus a handful of others made their call as the EU is preparing a review of the laws governing F-gases.

They point to independent research conducted for the Commission which said we can replace HFC-based equipment with products which have with equal or better efficiency.

The gases have already been phased out of certain products such as footwear, novelty aerosols and tyres in some applications.

Several supermarkets including the Co-operative and Waitrose have been quick to take action in areas such as refrigeration, say campaigners.

The worry is the benefits of this could be lost if new EU laws don’t force other sectors such as the air conditioning business to gall in line, according to EIA climate campaigner Alasdair Cameron.

He said: “In order for industry to have the confidence to invest in alternatives, we need clear bans on the use of F-gases on a sector-by-sector basis. The mostly European businesses providing alternatives need concrete timeframes for planning and investment purposes, something that a so-called ‘economy-wide phase-down’ will not provide”.