Energy supplier E.ON is getting involved in a business that is of “no concern” to them as a supplier, according to a trade association. The comment was made as the […] 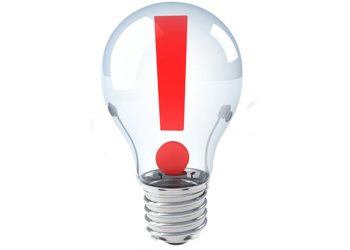 Energy supplier E.ON is getting involved in a business that is of “no concern” to them as a supplier, according to a trade association.

The comment was made as the power provider announced its ‘Third Party Intermediary (TPI) Code of Practice’, which is a set of industry standards for energy sales in the UK. TPIs act as energy brokers or consultants on behalf of commercial users.

The Utilities Intermediary Association (UIA) said it is not convinced about E.ON’s new standards.

Gillian Walton, Communications Director at the UIA said: “TPIs are being forced to sign E.ON’s code which is not really a code but an extension of their TPI agreement which lays conditions on TPIs that fall outside the relevance of the role that involves them with E.ON. However, E.ON are involving themselves in potentially commercially sensitive areas of a TPIs business that is of no concern to them as a supplier!”

In response, a spokesperson for E.ON told ELN: “No one will be forced to sign the code… They have their own code but E.ON’s are much bigger…They (UIA) want people to sign up to their code.

“We work with 170 TPIs in the industry and 115 of them have already signed up to our code of practice. They like the entire concept and they are comfortable with the code.”

Referring to Ofgem’s proposals last year for standards to improve supplier behaviour and add protection for businesses and energy brokers, Ms Walton added: “One also has to ask the question as to why E.ON are going ahead in advance of Ofgem’s announcement on decisions they reach regarding TPI Codes of Practice. It seems that E.ON are determined to usurp even their own industry regulator in their endeavours to control the TPI market.”