A UK MP has called for a change in law to create greater transparency on fuel tax. In a speech in the House of Commons yesterday, Robert Halfon (pictured), MP […] 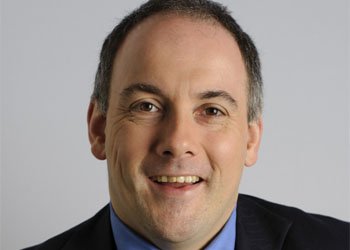 A UK MP has called for a change in law to create greater transparency on fuel tax.

In a speech in the House of Commons yesterday, Robert Halfon (pictured), MP for Harlow suggested every pump receipt should include the amount of fuel duty paid and how much would spent on road building and other purposes.

With the Government putting information on Whitehall spending and procurement contracts on the internet to increase transparency, Mr Halfon said the same should be done for fuel duty.

He said: “Why not do that for fuel duty as well? After all, this Government believes in cheaper petrol. Ministers have done more to cut fuel duty in two years than the previous Government managed in 13. Petrol is now 10p cheaper than planned in Labour’s last Budget but the problem is that fuel duty is still a stealth tax.

“At the moment, when we fill up our car our receipt says ‘Fuel £50, VAT £10’. This is wrong. If my receipt was accurate, it would say how much fuel duty I am paying, which is currently disguised in the price. It would say something more like: “Fuel £25, duty £25, VAT £10”. There should also be some mention of how much of that tax is spent on our roads… The principle of the Bill is very simple — that taxes should be clear to the people who pay them. At the moment, they are not.”

Kate Gibbs, a spokesperson for Road Haulage Association said the initiative would be a “wake up call” to all petrol and diesel users.

She added: “Filling the tank, regardless of size, has always been costly. If the cost of the fuel duty and the VAT is clearly shown on the receipt, it will make users far more aware of just where their money is going. This is a move that could benefit the economy in general and the road haulage sector in particular as customers will see that they are getting the best possible rate for the job.

“The price of fuel has become a wide reaching political issue; it affects everyone. If this move for transparency goes ahead, fuel pricing has the potential to become a real vote winner, or indeed vote loser”.

Mr Halfon’s campaign is backed by FairFuelUK, which has gathered more than 15,000 signatures on a petition.

Earlier this year, Chancellor George Osborne delayed a planned 3p rise in fuel duty from August 1st to January 1st next year following campaigns against it.