Energy Live 2012 is almost upon us and we still have a few remaining tickets available, so get your credit cards out! Enough plugging the event, seriously though, the timing […] 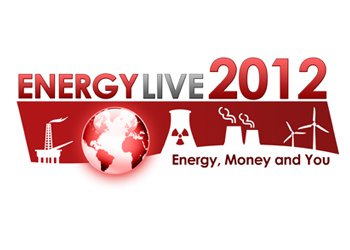 Energy Live 2012 is almost upon us and we still have a few remaining tickets available, so get your credit cards out! Enough plugging the event, seriously though, the timing of our first conference couldn’t have been more opportune as energy has been a headline pretty much everyday for the past few weeks.

Most of those headlines have been bad.

Price increases from five of the big 6 have left those in energy feeling battered by the public and government alike. Demonstrations from pensioners against fuel bills as we report today and concern from environmentalists about continued expansion of gas and nuclear, even a drubbing from the Prime Minister, has left those at the top of energy scratching their heads. What have we done that’s so bad they say?

Does the sector deserve to get the hammering it has received? No doubt “energy” has done a lot of things to get itself mentioned in the same vein as bankers. But I think most of the things that have happened, price increases, poor billing, overcharging, indecision on investment and an impression of a self serving cartel all come down to one thing. Poor communication.

This sector is scared. Scared to tell the truth and explain itself. Scared to blame government policy failures and scared to open itself up to public accountability. But energy has to be open because unlike choosing to shop at a supermarket or drive a car or rent a mobile phone, energy is a mandatory purchase. We need it to keep us warm, safe, working and alive. So energy matters to the public because it’s not just an industry it’s a necessity with a social dimension on par with the NHS.

This seems lost to those in charge.

The energy industry is in transition. Moving from a time where it was unaccountable because prices were low and so the public didn’t care what the sector did as their bills were low; to today where prices are high and society is asking questions. Energy was for decades a very technical, very male, very dull and very secret sector. Explain a kilowatt hour to me or a power purchase agreement and I’ll be heading for the bottle of aspirin. Let’s not even start on carbon trading or emissions standards.

Now it has to be open and explain things because the public want to know. When I joined the BBC in 1993 there was no environmental or energy reporting role. Today every paper and TV station has one. Energy is big news. It is accountable and a political issue. So the industry has to change and be more open and explain itself in simple words.

That honesty and openess is what we want to achieve on Thursday at Energy Live 2012. Its time for the sector to speak to the public and business and explain how things work, have a dialogue with government and be clear that energy matters. Because it does.

Today Energy UK and Ernst and Young publish a report entitled “Powering the UK” which shows this sector invested £43 billion in the last four years into UK plc. A staggering 650,000 jobs are dependent on the energy industry. It could also be the much needed boost for economic recovery as we build a new grid and energy infrastructure. So shouldn’t we hear more from this vital driver of GDP?

Also today by chance a new survey says energy is one of the most enjoyable sectors for graduates  to work in, with those who have joined energy saying they work shorter hours and are happier than their colleagues in other professions. So can it really be all that bad? With a huge skills gap ahead of us news like this must be welcome.

Energy does need to get its act together. It needs to be honest and open, something it has been very poor at for decades. Yet it also needs to be proud of what it does well and how much it contributes to society.

It’s time for an open conversation and I hope you’ll join us for that on Thursday.