Six out of ten large businesses are already worried about their future energy supply according to a new survey of nearly 3,500 companies. The latest poll of British Chambers of […] 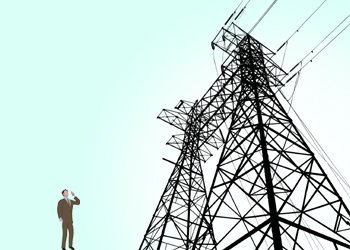 Six out of ten large businesses are already worried about their future energy supply according to a new survey of nearly 3,500 companies.

The latest poll of British Chambers of Commerce (BCC) members, released yesterday, also found energy security fears are starting to bite for 44% of medium-sized businesses and 38% of small businesses.

Although there has been a very public debate about the cost of energy from gas to renewables, a huge majority of businesses polled (90%) believe the UK requires a diverse energy mix to avoid future supply problems.

With the new Energy Bill due in possibly a matter of days, the results show that the energy market must deliver security, affordability, and certainty for business, said the BCC.

Dr Adam Marshall, Director of Policy said: “The UK should not find itself in a situation where it becomes more dependent on fossil fuels from overseas or on one technology at home.

“As the government embarks on far reaching reforms, it must also ensure that policy changes do not mean excessive costs for business. We are concerned that once the carbon floor price comes into force, it will increase costs for all businesses and negatively impact on the competitiveness of the UK. During a difficult economic time policies should not be considered that negatively affect the affordability of energy for businesses.”

The Government’s change of heart over the Carbon Reduction Commitment (CRC), making the carbon-cutting scheme for businesses a tax overnight, has not won friends in the business community, suggests the survey. While 56% of respondents believe government initiatives to increase energy efficiency are positive, those like the CRC only garnered support from fewer than three in 10 businesses.

The impact of rising bills on business is neglected too often, added Dr Marshall: “We have seen unending media coverage on rising energy costs on households, followed by political pledges to take action. Business energy needs and costs deserve the same attention, because ever rising energy costs mean fewer jobs and less investment.”