An expert from the Department of Energy and Climate Change has waded into the spat over the environmental impact of biomass after some NGOs including Friends of the Earth, Greenpeace […] 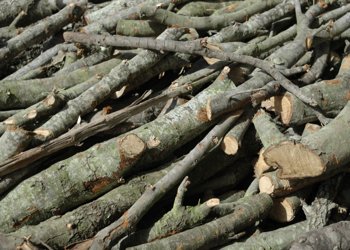 An expert from the Department of Energy and Climate Change has waded into the spat over the environmental impact of biomass after some NGOs including Friends of the Earth, Greenpeace and the RSPB claimed the fuel source was “dirtier” than coal.

It was also claimed DECC fails to a fully account for the carbon emissions in its calculations.

A DECC strategy published earlier this year suggests biomass could provide 11% of the country’s energy by 2020. The Government desperately needs to keep it in the energy mix for the UK to hit renewable energy targets.

Writing in a blog on DECC’s website today, the Government’s Chair of the Office for Renewable Energy Deployment Bernie Bulkin admitted the critics were “right in one thing; biomass is not carbon free.”

However he went on to stoutly defend the Government’s bioenergy strategy: “If produced and used sustainably, [biomass] is it is substantially lower carbon than the alternative it is replacing.

“We are putting strict rules in place. If a biomass electricity generator wishes to claim subsidies they will have to demonstrate they will have to meet a minimum greenhouse gas (GHG) saving of 60% compared to the EU electricity grid average. This is across the biomass life cycle; planting, growing, harvesting, processing, transport and conversion efficiency of the plant itself.”

He said DECC wants to bring in a requirement that wood must be sourced from sustainably managed forests.

Directly countering the green groups’ claims, he wrote: “The NGO report gives the impression that our policy is simply to divert whole, mature trees from construction and manufacturing and turn them into energy. It isn’t. We don’t think this is sustainable and it is not what our Bioenergy strategy suggests.”

He states the case against using whole trees is “not black and white” for example when using infected wood or wood from forestry thinning.

Conceding the technology to replace coal is a “short term” way to cut carbon emissions, the official said there was a longer term role for biomass in heat, in Combined Heat and Power (CHP) plants.