Abandoned coal mines could be used to provide low carbon heat and green energy. Researchers in the UK are looking at ways to use water which has flooded the huge […] 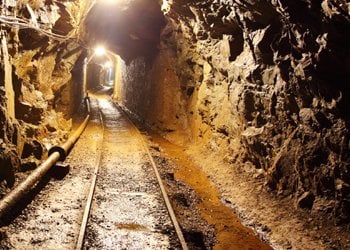 Researchers in the UK are looking at ways to use water which has flooded the huge underground caverns left by mining works. Nottingham Trent University and Nottinghamshire-based firm Alkane Energy believe it could be used as a renewable heat source to help industry cut carbon emissions.

Ground source heat pumps are becoming more popular and researchers think the coal mine idea – which take this one step further – has real potential.

Dr Amin Al-Habaibeh, lead academic from the university’s School of Architecture, Design and the Built Environment and supervisor on the project, said: “Water in abandoned coal mines has, in general, a well regulated temperature. The extraction of water from disused mine workings and exploitation of its latent energy for heating and cooling applications, through heat exchangers and heat pump technologies, could provide a significant level of energy.”

He added: “With an estimated 1 billion cubic metres of flooded void space underground in the UK across many urban and industrialised areas the potential for this project is huge.”

The project has got permission from the Coal Authority to access disused mines covering an area of more than 30 sq. km to start with.