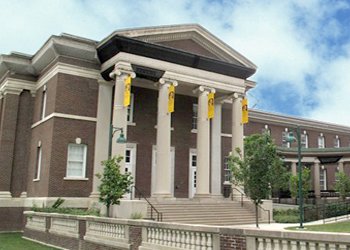 An American state university in New York plans to slash its energy bill by $704,000 (£475k) and cut down on more than 4,100 tons of greenhouse gas emissions a year.

New projects at the State University of New York at Albany (UAlbany) fall in line with State Governor Cuomo’s bid to boost energy efficiency in state buildings by 20% in seven years.

The university has dusted off a $4 million (£2.6m) project to replace lighting at one of its campuses, aided by funding from the New York Power Authority, a public body.

Other projects in the pipeline include renovating a century-old building called Husted Hall (pictured), which was part-funded by research body the New York State Energy Research and Development Authority.

Spending less cash on energy leaves more for improving education, said Governor Cuomo: “These energy efficiency projects are representative of the importance we’re placing on managing the costs of the state’s higher educational facilities to free up resources for their core mission of providing a first-class education for our students.”