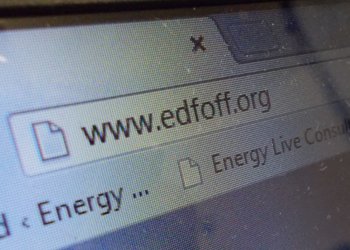 The website was created by supporters of climate protesters who are being sued by the supplier for occupying the West Burton power station.

The power giant is seeking £5million worth of damages in a civil court case against 21 climate protesters involved in the Autumn 2012 protest.

So far more than 63,000 people have signed a petition by the parents of one of the defendants demanding EDF drop the charges.

The EDF*off group says it wants to make a stand against “corporate bullies” and plans to “undertake a collective auction for those who pledge to switch to an alternative renewable provider” in mid-April.

Darren Homerton, who was involved in developing the website said: “The ‘EDF*off’ website will help people who want to switch to power companies that are more concerned about clean energy and who aren’t such corporate bullies.”