Japan could overtake US and Germany on solar

Japan is on the verge of installing more than 5 gigawatts (GW) of new solar power capacity, taking it ahead of the United States, Italy and Germany in 2013. The […] 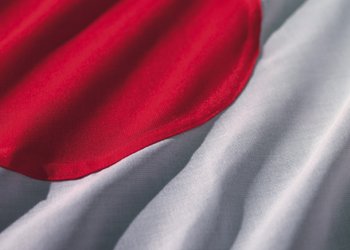 Japan is on the verge of installing more than 5 gigawatts (GW) of new solar power capacity, taking it ahead of the United States, Italy and Germany in 2013.

The new research shows the Japanese photovoltaic (PV) market is set to grow by 120% this year. Installations are expected to exceed 1 GW in the first quarter alone, causing it to become the second largest market in 2013.

The country faced severe power shortages following the Fukushima nuclear disaster in 2011 as it depended on a large amount on nuclear power. The figures suggest it is turning to renewable energy to counteract the shortfall.

In particular Japanese home owners have been turning to solar power to benefit from the “most attractive” incentive in the world, said the firm’s analyst.

Ash Sharma, senior director of solar research at IHS said: “At ¥42 (£0.29) Japan’s FIT is by far the most attractive globally—overly generous perhaps, which could lead to overheating of the market.”

The research suggests domestic PV installations are proving to be a “lifeline” for struggling Japanese companies which are able to sell both modules and inverters at high margins, despite their competitiveness at an international level falling.

Japanese customers also seem to favour home-grown brands, added Sharma: “While many Chinese and even US module suppliers are now serving the Japanese market, they remain the minority and have largely needed to resort to OEM (original equipment manufacturer) agreements and partnerships with Japanese manufacturers, despite being highly regarded brands in the rest of the world. Simply put, Japanese customers want to buy Japanese modules.”

‘Mega solar’ projects of more than 2 megawatts in size are helping to catapult the country forwards but this will be short-lived, suggested report co-author Frank Xie.

He said: “Government policy is in clear support of these projects while the country grapples with severe energy shortages following its shunning of nuclear power. However, this is likely to be short-lived and decline after 2014 once the current pipeline of approved projects is completed, largely because of a shortage of land in the country.”