The Government is taking a leaf out of the Scandinavian nations’ book by funnelling a total of £10 million into district heat network schemes around the country, it announced yesterday […] 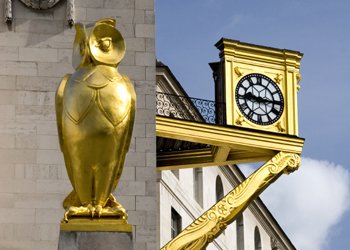 The Government is taking a leaf out of the Scandinavian nations’ book by funnelling a total of £10 million into district heat network schemes around the country, it announced yesterday afternoon.

Some of the country’s biggest cities – Manchester, Leeds (Leeds civic hall is pictured), Newcastle, Sheffield and Nottingham – will divvy up £1million to develop heat networks.

Most of the pot – £9million worth – will help local authorities get heat network schemes going in towns and cities all over the country guided by a new expert unit at DECC called the Heat Networks Delivery Unit.

More than 80% of heating used in UK homes, businesses and industry is produced by burning fossil fuels, while in turn more than a third of the UK’s carbon emissions come from the energy used for heat.

The Government sees heating networks as a good way to cut carbon emissions and rely less upon fossil fuels.

Energy Secretary Ed Davey said: “Many homes and businesses across the UK have already switched away from fossil fuels and are using kit like biomass boilers, heat pumps and solar thermal panels to provide heat, thanks to Government support, and I want to ensure even more householders and organisations get on board.”

As much as £300million of investment could be created from the low carbon heating programme, according to the industry body Combined Heat and Power Association (CHPA).

Graham Meeks, Director of the CHPA said: ‘This is the next big step in our energy infrastructure renewal, starting in the very heart of communities up and down Britain.”

Mr Meeks told ELN: “Reading between the lines it [the heat strategy] does actually recognise heat is much more difficult to change than electricity. It’s not just about bringing in a feed-in tariff and hoping it comes to pass.” He joked: “It’s the most strategic strategy I’ve seen from DECC in years”.

Alongside the larger schemes, the Government is funding 100 green apprenticeships mainly for young people in small scale renewable technologies, plus up to £250,000 for a new ‘first come, first served’ voucher scheme for heating installers to get money off the cost of training.