Ofgem’s plans to reform energy tariffs could lead to UK householders paying up to £55 million extra on their gas and electricity bills. The energy regulator has proposed the Tariff […] 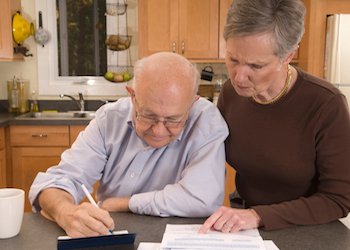 Ofgem’s plans to reform energy tariffs could lead to UK householders paying up to £55 million extra on their gas and electricity bills.

The energy regulator has proposed the Tariff Comparison Rate (TCR), which aims to simplify energy tariffs and allow consumers to compare the prices across the market.

Under the new proposals, consumers will be advised on their best deal based on medium usage of both gas and electricity, however, according to the latest Which? analysis, only a quarter of householders use this level of energy, resulting in the rest being advised on a deal not based on their actual consumption.

Which? claims the new proposals don’t got far enough to help consumers and suggests the introduction of a single unit price for energy tariffs in the same way petrol prices are displayed.

Richard Lloyd, Executive Director at Which? said: “These current proposals are far too complicated and will fail to achieve their aim of making it easier for people to find the best deal, with three quarters of people being asked to compare prices that are not based on their energy usage.

“The Government should introduce single unit prices for each energy tariff so people can easily see the best deal for them at a glance. Only then will people have the confidence to switch, injecting much needed competition into the broken energy market.”

The survey claims more than 3.4 million households could be misdirected to the wrong tariff if they relied on the TCR.

An Ofgem spokesman, however, said the reforms would make it much easier for consumers to choose the right energy deal.

The spokesman added: “Which? is misrepresenting the purpose of the tariff comparison rate and how it fits into the full scope of Ofgem’s reform package. The tariff comparison rate acts as a prompt to consumers to take a look at comparative deals. The tool is similar to the ‘typical APR’ used in financial services marketing. But it is partnered with personalised consumption information necessary to make a full and accurate cross-market comparison, which every supplier must provide via bills and annual statements. Ofgem’s reforms will also see suppliers cheapest deals on your bill.”