The oil market urgently needs an “official watchdog with teeth” to ensure there is no market manipulation and UK families and businesses pay a fair price for fuel. That’s the […] 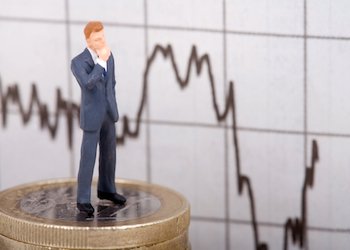 The oil market urgently needs an “official watchdog with teeth” to ensure there is no market manipulation and UK families and businesses pay a fair price for fuel.

That’s the suggestion from Quentin Willson, Campaign Leader of FairFuelUK, in response to the recent revelation over alleged price collusion, which led to BP and Shell offices being raided by the European Commission yesterday.

Mr Willson said the investigations came as no surprise as the campaign group had written to the Financial Services Authority (FSA) and spoken to the Office of Fair Trading (OFT) asking for an enquiry into oil price manipulation last year.

In a statement, Mr Willson said: “The whole oil market needs much greater scrutiny. I’ve said before that it’s an opaque market without any real accountability and badly needs an official watchdog with teeth – empowered to levy draconian fines. But if these allegations are true and the European Commission do find robust evidence, this is a price fixing scandal that will make Libor look like overcharging in a sweet shop.

“And the actual cost to businesses and consumers over the last decade could, if these allegations are true, run into many billions of pounds and have actually accelerated the global financial meltdown of 2008… The high price of oil has been a major factor in reducing global growth in the last five years and if it does turn out that prices have been artificially massaged then both the oil industry and its practitioners should be held to account.”

The Office of Fair Trading said it carried out a call for information on UK road fuels, with the findings published earlier this year.

A spokesperson added: “As part of this call for information, the OFT asked for evidence on whether speculation or manipulation of oil spot and futures markets or inaccurate oil or wholesale road fuel price reporting could be leading to higher pump prices. The OFT stated these issues could potentially raise serious concerns but no credible evidence was submitted to the OFT in response to the call for information.”

Energy Secretary Ed Davey also defended the OFT as an “independent, strong body” which has powers to determine its own investigations.

He said: “The OFT did not receive evidence on the impact on pump prices of potential manipulation of derivatives market and the accuracy of reported prices of crude and wholesale road fuel that built the case for such an investigation. However, they did set out that they believe such manipulation is possible and encouraged market participants to approach the OFT and FSA as appropriate if they had evidence of such practices.”

Mr Davey added: “The UK Government and regulators will provide any assistance necessary to the European investigators and we expect the companies concerned to fully comply with these investigations. We take very seriously any allegations of price manipulation. The Government is determined to ensure that consumers and motorists get the best possible value for money.”