Unions have condemned National Grid’s £3.6 billion profits for the last year as they claim hundreds of workers could soon face potential job losses. Whilst energy prices rise and consumers […] 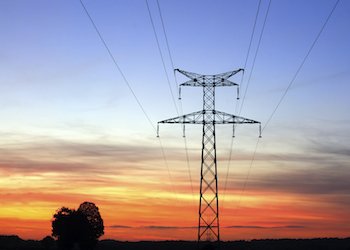 Unions have condemned National Grid’s £3.6 billion profits for the last year as they claim hundreds of workers could soon face potential job losses.

Whilst energy prices rise and consumers struggle to pay their bills, GMB – the union for workers in the energy sector – said the company’s profits are “shameful”.

Gary Smith, GMB’s National Secretary for Energy said: “The company announced earnings per share up 12% in the week they announced nearly 300 job losses in their transmission business after a huge outsourcing of logistics and of first line managers jobs. These results are on the back of many job losses of National Grid former staff now being made by the contractors they were transferred too.

“The company are looking to reduce terms and conditions of employment as well as attack pensions. Then they announce these astronomical profits up 4% to £3.6bn. Energy prices are soaring, customers are struggling to heat and light their homes, workers are under attack but the top bosses and the shareholders are stuffing their mouths with gold. It is shameful.”

National Grid, however, told ELN the job cuts haven’t been confirmed yet as it is due to hold a consultation next week.

As set out by Ofgem, National Grid entered a new regulatory contract knows as RIIO, which took effect last month. The watchdog set out new rules on how much energy network companies can charge to support more than £30 billion worth of infrastructure investment plans put forward by them.

It has been designed to incentivise greater customer service, innovation and efficient processes and companies will be penalised if they fail to deliver. National Grid claims this has led to the company’s plans to have the “right organisational structure” in place in order to deliver them.

A spokesperson said: “Our new regulatory arrangements, our role in electricity market reform and the substantial investment we are making in vital energy infrastructure means we need the right business structure in place. We begin consultations with our staff next week on our proposed structure and their feedback will form part of our decision making process. No final decisions have been made.”