Have you installed any energy efficiency measures in your home? If so, the value of your property could rise by 14% on average and up to 38% in some parts […] 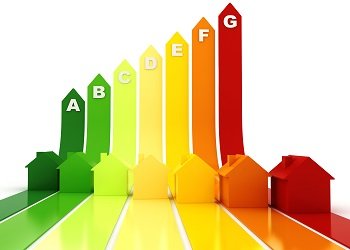 Have you installed any energy efficiency measures in your home? If so, the value of your property could rise by 14% on average and up to 38% in some parts of England.

New research released by DECC today reveals that for an average home in the UK, improving its Energy Performance Certificate (EPC) could mean adding more than £16,000 to the sale price of the property.

EPCs show how energy efficient a building is and gives it a rating from A (very efficient) to G (inefficient). They let the person who use the building know how costly it will be to heat and light and what its carbon dioxide emissions are likely to be.

In the North East, making energy saving improvements from band G to E could increase the value by more than £25,000 and the average home in the North West could see a £23,000 boost.

Energy efficient measures can be installed through the Government’s Green Deal scheme, which includes insulation and upgrading boilers.

The news follows a recent survey by consumer body Which?, which claimed prospective homebuyers in the UK are wary of buying a property that has a Green Deal loan attached to it.

Energy and Climate Change Minister Greg Barker said: “Not only can energy efficient improvements help protect you against rising energy prices but they can also add real value to your property. This Coalition is committed to helping hardworking families with the cost of living. The Green Deal is designed to do exactly that.

“The Green Deal is helping more people make these types of home improvements, reducing high upfront costs and letting people pay for some the cost through the savings on their bills. The Green Deal is a great option for anyone wanting to improve the look, feel and potentially the value of their home.”

Nearly half (46%) of properties in England are currently band D. More than 300,000 property sales in England were taken into account between 1995 and 2011 for the research.

Last month ELN also reported that half of UK householders believe trust is more important than price when hiring an energy tradesperson.