A million pounds is being spent to study how an offshore interconnectivity grid could be built to help transfer energy between Scotland, Ireland and Northern Ireland. The project is the […] 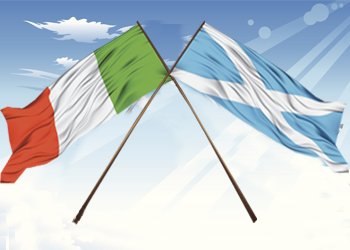 A million pounds is being spent to study how an offshore interconnectivity grid could be built to help transfer energy between Scotland, Ireland and Northern Ireland.

The project is the second part of the flagship Irish-Scottish Links on Energy Study (ISLES), which aims to find how to transfer energy more easily by breaking down the complex financial, legal and regulatory issues that can affect cross-border energy projects whilst also supporting the renewables industry.

The first part of the study published in November 2011 showed there were no technical barriers to the development of an offshore interconnected network, with no environmental constraints and sufficient onshore network capacity in the UK for ISLES to be in place by 2020.

Scotland’s First Minister Alex Salmond said: “The waters around these islands have some of the most abundant offshore energy resources anywhere in the world, but in order to harness this vast potential it is vital that we have the infrastructure in place to transfer the energy that is generated to where it is needed.

“That is why the ISLES project is so important. This innovative, cross-border study is examining how we can establish an offshore electricity grid to make this transference of energy easier, supporting our flourishing renewables industry by powering the nation and allowing the surplus energy it generates to be exported to other markets.”

Northern Ireland Energy Minister Arlene Foster added: “This project has the potential to send important investment signals to private sector companies who are considering investing in offshore grids as it will allow them to position their projects favourably when bidding for funding from Europe.”

Earlier this year energy firm SSE pulled out of a project to build a subsea electricity link between Scotland and Norway, however, the UK signed an agreement with Norway to continue work on the interconnector to link the two nations.