Energy efficient transport schemes could save $70tr by 2050

Investing in efficient urban transport schemes could help save $70 trillion (£46.9tr) on vehicles, fuel and infrastructure spending between now and 2050. The International Energy Agency (IEA) has called on […] 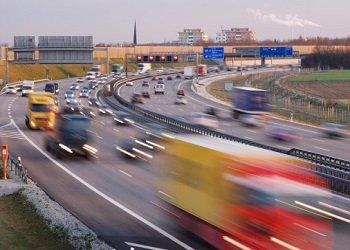 Investing in efficient urban transport schemes could help save $70 trillion (£46.9tr) on vehicles, fuel and infrastructure spending between now and 2050.

The International Energy Agency (IEA) has called on Governments across the globe to adopt what it calls an “avoid, shift and improve” approach – policies that cut unnecessary travel in cars, those that shift travel to more efficient modes and those that improve the efficiency of vehicle and fuel technologies.

Its new report ‘A Tale of Renewed Cities’ draws on examples from more than 30 cities to show how to improve transport efficiency through better urban planning and travel demand management.

The report comes at a critical time as more than half of the world’s population live in cities, many of which suffer from traffic jams and overcrowded roads that cost hundreds of billions of dollars in lost fuel and time as well as harm the environment and people’s health.

Transport currently accounts for half of global oil usage and nearly 20% of world energy use, of which around 40% is used in urban transport alone, according to the IEA. It expects urban transport energy consumption to double by 2050, despite ongoing vehicle technology and fuel-economy improvements.

Maria van der Hoeven, IEA’s Executive Director said: “As the share of the world’s population living in cities grows to nearly 70% by 2050 and energy consumption for transport in cities is expected to double, the need for efficient, affordable, safe and high-capacity transport solutions will become more acute. Urgent steps to improve the efficiency of urban transport systems are needed not only for energy security reasons but also to mitigate the numerous negative climate, noise, air pollution, congestion and economic impacts of rising urban transport volumes.

“Governments must think beyond individual technologies and electoral cycles and consider how to build – and how to renew – cities that will accommodate and transport nearly 6.3 billion people by 2050. We must plan infrastructure, logistics and energy systems now that make sense today and over the coming decades.”

Earlier this year the IEA warned the world’s energy is as dirty now as it was 20 years ago and last month predicted renewables could overtake gas in the next five years – making it the second largest power source after coal.