Plans to build a 23-turbine wind farm on Blairmore Estate in the Highlands have been slammed by the Scottish Government. Scotland’s Energy Minister Fergus Ewing refused planning consent for the […] 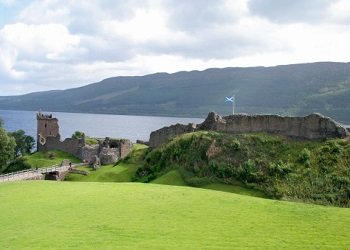 Plans to build a 23-turbine wind farm on Blairmore Estate in the Highlands have been slammed by the Scottish Government.

Scotland’s Energy Minister Fergus Ewing refused planning consent for the 69MW Druim Ba wind farm near Drumnadrochit on the west shore of Loch Ness (pictured) and said it would have “significant adverse landscape and visual impacts”.

The news comes after Druim Ba Sustainable Energy Limited’s proposal was previously opposed by a public campaign and the Highland Council. The Planning Authority stated the developments conflicted with its policies and the size of the proposed wind farm would have a vast impact on properties and communities.

Energy Minster Fergus Ewing said: “I am determined to ensure communities all over Scotland reap the benefit from renewable energy – but not at any cost and we will ensure a balanced approach in taking forward this policy, as we have in the past and will in future.

“The Scottish Government wants to see the right developments in the right places and Scottish planning policy is clear that the design and location of any wind farm should reflect the scale and character of the landscape and should be considered environmentally acceptable.”

The developer said the project would have supported 1,000 jobs over the lifetime of the project and paid out £345,000 a year to local community projects.

According to figures from the Scottish Government, consent has been refused for nine energy applications since May 2007, including the latest one, all of which were onshore wind farms.