Guest Blog: Filippo Gaddo – Shale we take a step into the future?

I was reading a Wall Street Journal article about the demise of the Indian telegraph system last week and its title was ‘The future doesn’t stop.” After 163 years you […] 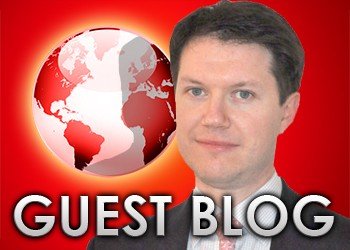 I was reading a Wall Street Journal article about the demise of the Indian telegraph system last week and its title was ‘The future doesn’t stop.”

After 163 years you won’t be able to send a telegram from Mumbai to Melbourne or Madhurai, the telegraph system has been consigned to the history bin. It had to happen as it sums up the way the telecoms industry has developed. The miracle is the telegram survived so long in India. Telecoms is an industry that always innovates, often every few months similar to IT.

But that got me thinking what about energy? How much has that changed in those 163 years?

At the end of the day we are still burning fossil fuels as we were in the 1850s and electricity is still mostly delivered the old fashion way – via 19th century copper cables.

However, that, I soon realised, is a very narrow point of view. Broaden the perspective and you see that even the energy sector changes constantly and in fact, one can say we are in the middle of the biggest changes in the sector for decades: the shift to renewable energy, particularly wind and solar; the advent of smart technologies; the long-awaited dawn of the electric car on a commercial scale (still a question mark on this one); and finally and more importantly, the boom in unconventional fossil fuels, shale gas and shale/tight oil.

These changes, particularly the latter, are already revolutionising the energy landscape. Smart could change the way consumers use and understand energy; the electric car could change transport habits and completely change the fuel balance in the energy mix; and hydraulic fracturing (or ‘fracking’), the technological innovation responsible for the shale gas and oil boom, will lead to the US overtaking Saudi Arabia as the largest producer of oil by 2020 and may even one day make the Middle East less relevant on the geopolitical chessboard.

The key point is that you cannot stop the future and changes will eventually occur whether we like it or not. This consideration should apply to the recent debate on shale gas in the UK. There have been dozens of articles, presentations and papers written on the topic – some in favour and some against developing shale gas here.

The common theme in most of them is the comparison with the US experience – will shale gas repeat the impact it had in the US? Will we see gas prices fall to the levels they had in North America (a third or less than in Europe)?

I believe these are the wrong questions.

It is pretty clear that it is unlikely that in the UK or in Europe shale gas will have the same impact than in the US: property rights, population density, technology availability, size of the shale plays, infrastructure and market conditions all point to different and smaller implications. However, this does not mean that the development of shale gas will be inconsequential.

First of all, whilst we do not know how much it will reduce gas prices (if at all), surely it will not lead to higher gas prices. So at worst it will mean no change and at best it will lead to some modest price reductions – and considering the amount of gas used, particularly in the UK, it is nothing to be sniffed at.

Second, it will have security of supply implications. Whilst gas imports are not necessarily reducing security of supply per se, it is generally accepted that a higher level of imports expose one country to increased geopolitical, economic and market risks.

Finally, the economic implications of developing shale gas are considerable. It is not just the direct investment in the drilling and operating of wells but also the indirect impact down the supply chain and the other economic benefits that would accrue to the regions where shale gas is developed.

The genie of ‘fracking’ is out of the bottle and will not go back. We cannot ‘de-invent’ the technology and it will continue to be used here and abroad.

Shale gas is part of the future energy picture whether we like it or not. So let’s stop debating the ‘ifs’ and focus on the when and the how. The future doesn’t stop – and this is true for the energy sector as well.

Filippo Gaddo is an independent economic consultant at Future Economics