The Green Investment Bank (GIB) has completed its first investment in Northern Ireland, supporting renewable energy generation in the country. It has invested £20 million for the construction of a […] 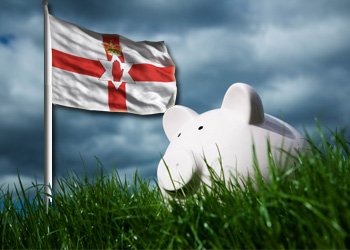 The Green Investment Bank (GIB) has completed its first investment in Northern Ireland, supporting renewable energy generation in the country.

It has invested £20 million for the construction of a 15.8MW wood-fuelled combined heat and power (CHP) station at the Londonderry Port and Harbour Commissioners land at Lisahally.

The Evermore project – forecast to be the biggest renewable energy plant in the region – is expected to increase electricity generation in Northern Ireland by around 10% and produce enough electricity to supply the equivalent of more than 25,000 homes. It is also estimated to divert more than two million tonnes of wood from landfill, save around 3.7 million tonnes of carbon emissions – equivalent to taking 77,000 cars off the road – and create 200 construction jobs.

The electricity will be supplied to the National Grid while the heat output will be used by an integrated wood drying facility, supplying fuel for new biomass boilers within Northern Ireland. Stobart Biomass has secured a long-term supply contract to provide the required 110,000 tonnes of wood each year.

Business Secretary Vince Cable said: “The first deal done in Northern Ireland is a landmark moment for the UK Green Investment Bank and I’m confident that there will be more to come. Today’s investment will have a significant green impact, reducing carbon emissions and diverting wood from landfill. It is also good news for the local area, creating jobs and building a stronger economy.”

The plant is expected to become operational during 2015. The investment was made by the Foresight managed fund, UK Waste Resources & Energy Fund (UKWREI), in which GIB is the cornerstone investor.

Last month it was revealed GIB invested £635 million in 11 low carbon projects in the last five months of its operation starting January this year.