The world’s first solar power station that generates electricity at night has been featured by Sony in one of its new video games. Torresol Energy, which owns Gemasolar – the […] 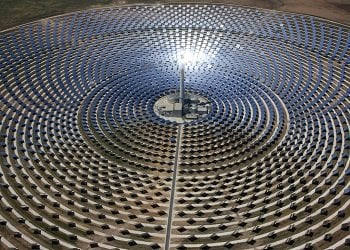 The world’s first solar power station that generates electricity at night has been featured by Sony in one of its new video games.

Torresol Energy, which owns Gemasolar – the first plant in the world to combine a central tower receiver technology with a storage system – claims the solar power plant was chosen by Sony Computer Entertainment for the setting of the video game ‘Gran Turismo 6 (GT6)’.

The GT6 designers said the facility, located in Fuentes de Andalucia in Spain, was selected “for its spectacular scenery and for being a unique location that allows us to observe how this natural energy – solar energy – can be used without limitation”, Torresol Energy claims.

Gemasolar is a 19.9MW plant, which includes 2,650 panels spread across 185 hectares of land and guarantees electrical production for 6,500 hours a year – 1.5 to three times more compared to other renewable sources. It can generate 110GWh of electricity every year, enough to power 27,500 homes and cut 30,000 tons of carbon emissions.

The mirrors – known as heliostats – focus 95% of the sun’s radiation onto a giant receiver at the centre of the plant.