The UK’s first large-scale battery has been connected to the local electricity distribution network in Orkney. The project is part of a trial that aims to find how the intermittent […] 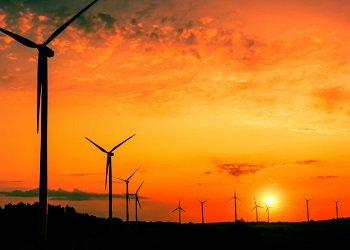 The UK’s first large-scale battery has been connected to the local electricity distribution network in Orkney.

The project is part of a trial that aims to find how the intermittent nature of renewable energy generation can be resolved by using large-scale batteries and the role they can play.

Scottish Hydro Electric Power Distribution (SHEPD) connected the 2MW lithium ion battery developed by Mitsubishi Power Systems Europe and Mitsubishi Heavy Industries and will be operated by SSE Generation, which integrated the energy storage system with the island’s Active Network Management network. It was installed at Kirkwall Power Station, one of SSE’s back up power generators.

The battery has already been used in Japan and has been running continuously for the last two years.

Mark Rough, SHEPD’s Head of Commercial said: “This exciting trial will provide valuable research into the viability of using batteries for electricity storage. This is likely to become increasingly important to help balance the variable output from renewable forms of generation as we move to a largely decarbonised electricity generation mix.”

He added: “Although the installation of the battery will not provide an immediate solution to the current constraints on the Orkney distribution network, it is hoped that in the long term the result of the studies will help demonstrate that batteries could provide a cost effective way of freeing up capacity on the network to help facilitate new connections of low carbon generation.”

The trial of the battery is being funded by Ofgem’s Low Carbon Networks Fund.

Earlier this year a US renewable energy company installed what it claimed is North America’s “largest battery storage project” at one if its wind farms whilst researchers developed a new “long-life” battery they claim could help solar and wind power become major suppliers to the electricity grid.