British Gas has appointed a new director to lead the roll out of smart meters to its customers – who was instrumental in the smooth movement of all athletes, dignitaries […] 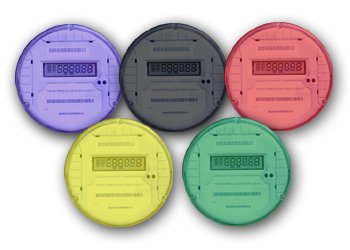 British Gas has appointed a new director to lead the roll out of smart meters to its customers – who was instrumental in the smooth movement of all athletes, dignitaries and officials into and out of London for the Olympics last year.

The company will be hoping Paul Nickson pulls in another gold medal-winning performance as its new Commercial Director of British Gas Smart Metering.

The former Head of Arrivals and Departures at London 2012, Mr Nickson was awarded an MBE for his contribution to the Games.

He is tasked with selling the scheme to customers by educating them about the benefits of the new smart meters and helping explain how to get the most out of them.

The Government has demanded energy companies install smart meters in every home and business in the country within seven years. British Gas is leading the pack having already installed one million.

Mr Nickson said: “Smart meters will put an end to estimated bills and provide information on energy use to our customers in near real time. With a million meters installed, we’re well on our way to delivering on our commitment to bring this technology and innovation to homes around the country and ultimately help more of our customers control their energy use.”

Mr Nickson is currently serving on the board of the Central Delivery Body, which was established on behalf of the major energy suppliers to manage customers’ engagement with the scheme.