Only one house has Green Deal measures installed

Only 132 homes have signed up to the Government’s Green Deal scheme and one has finally gone “live” eight months since it was officially launched. New statistics from DECC reveal […] 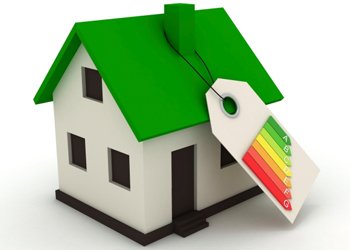 Only 132 homes have signed up to the Government’s Green Deal scheme and one has finally gone “live” eight months since it was officially launched.

New statistics from DECC reveal 419 Green Deal plans were in the system for individual properties at the end of July, however only 132 out of those moved to pending, i.e. “in the process” of getting the measures installed and only one had the work completed – following a total of 58,124 assessments.

The news is in stark contrast to DECC’s research earlier this year which claimed nearly half of UK households (47%) who received a Green Deal advice report following an assessment said they either had or were installing energy saving measures.

Under the scheme, which was launched in January in England and Wales and a month later in Scotland, householders can borrow cash to install efficient boilers, double glazing and cavity and loft insulation.

Last month DECC invited local authorities in England to bid for a £20 million pot in an effort to boost the slow uptake of the scheme.

Householders have to get an assessment prior to having the measures installed and DECC’s figures suggest 58,124 assessments were completed by the end of July.

The Shadow Minister for Climate Change said the figures for the Green Deal uptake should be a “wake-up call” for the Government as “only 1% of the households who have had an assessment have opted to take out a Green Deal plan”.

Luciana Berger MP said: “The Green Deal was billed as the biggest home improvements programme since the Second World War but these figures show the scheme is still struggling to get off the ground. Just one Green Deal plan has gone live and only 132 people have signed on the dotted line for a package so far. The fact that over 99% of people who had a Green Deal assessment didn’t want to take out a package should be a wake-up call for the Government.

“It is not good enough for Ministers to shrug their shoulders and dismiss this as a slow start – not when thousands of workers in the insulation industry have lost their jobs. Labour has been warning for months that sky high interest rates, penalty payments and hidden charges would put people off. These figures show that the Government must sit up and listen and ensure the Green Deal is a good deal for the public.”

The Government has so far spent more than £16 million on the programme.