‘Can’t be bothered’ – 22% of Brits on energy efficiency

Four in 10 British householders believe they “cannot afford” to be energy efficient whilst 22% said they “can’t be bothered”, new research claims. The study of 2,000 people also found […] 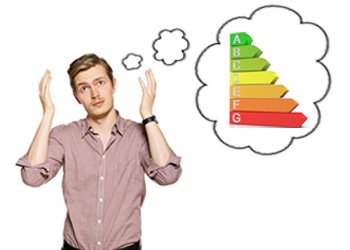 Four in 10 British householders believe they “cannot afford” to be energy efficient whilst 22% said they “can’t be bothered”, new research claims.

The study of 2,000 people also found nine in 10 said they have heard of energy efficiency and nearly three quarters (72%) know it can help save money on their bills.

When asked what the term means, 70% said reducing energy use, 13% believe it means using alternative energy, 6% was not sure whilst the rest said it means installing insulation and making improvements to combat climate change.

While 62% said they have installed “quick and easy” energy saving measures such as insulation and draught proofing, only 5% have invested in longer term improvements such as solar panels and 0.3% have installed biomass boilers.

Just under half (45%) of householders also said they are conscious of the effect their energy use has on the environment but nearly a quarter believe their actions won’t make a difference.

Energy supplier npower, which carried out the research, suggests people need more motivation and should be made more aware of schemes such as the Green Deal to help with installation costs.

David Titterton, Green Deal & Obligations Director at npower said: “Our research shows quite a one dimensional view of energy efficiency and sustainability. On the one hand, UK homeowners are taking steps to cut their energy and reduce their bills but there is little engagement in long-term planning, particularly when it comes to self-generation technology such as solar panels and ground source heat pumps.

“While part of this naturally derives from the different levels of investment needed to install these improvements, there is also a lack of understanding as to why using renewable energy is so important. We need a cultural change to the way we view energy waste. By using less energy and tapping into renewable sources where possible, households can reduce their energy costs both now and for years to come as well as doing their bit to help combat climate change.”

Statistics from DECC last week revealed only one house has had Green Deal measures installed since it was officially launched earlier this year.