Tests have been completed on the latest designs of a wave energy converter (WEC) by Pelamis Wave Power. The trials are part of a £1.4 million project commissioned and funded […] 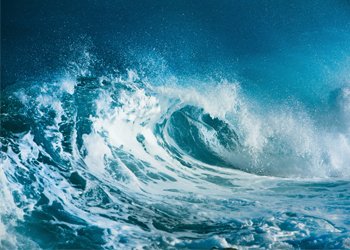 Tests have been completed on the latest designs of a wave energy converter (WEC) by Pelamis Wave Power.

The trials are part of a £1.4 million project commissioned and funded by the Energy Technologies Institute (ETI) to make large-scale WEC arrays more cost effective.

Pelamis has spent a month testing models of its new P2e design in a specialist wave tank in France. The 1:29 scale models were subjected to the equivalent of 50 hours of extreme storms with waves as high as 23m.

Two of the company’s existing P2 machines have been demonstrated in Orkney at the European Marine Energy Centre (EMEC). It claims the P2e will be larger, more powerful and developed for long-term reliability.

Pelamis says it was able to double power capture for small and medium seas in the tests, with enhancements to the computerised control system. Other improvements included larger, elliptically shaped tubes and different numbers of joints and tube lengths.

Ross Henderson, Technology Director at Pelamis Wave Power said: “The new P2e design must provide a return for the first commercial project investors and this means more power throughout the year but without more cost.

“We’re taking the P2 technology platform and enhancing it into a much more powerful, reliable, and economic machine. Continuing in this way, we will steadily make wave energy cost competitive with other sources in the years to come.”

The US Energy Department recently announced £10.3 million of funding to make power from waves, tides and currents viable.