Today Chancellor George Osborne derided Labour leader Ed Miliband for putting forward plans for a “phoney” price freeze policy “drafted on the back of a fag packet”. Speaking at the […] 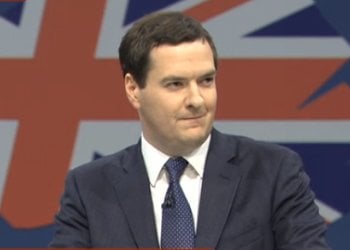 Speaking at the Tory party conference in Manchester, he claimed the attention-grabbing policy to freeze energy bills for 20 months has “completely unravelled”.

He said: “Any politician would love to tell you they can wave a magic wand and freeze your energy bill. Everyone wants cheaper energy.”

Throwing back the Labour leader’s own conference catchphrase, he added: “How can I put it? Britain can do better than that.”

Somewhat confusingly he used his criticism as an opportunity to tout the line the Government is “legislating to put everyone on the “cheapest [energy] tariff”, despite Prime Minister David Cameron and Energy Secretary Ed Davey having to backtrack from that pledge last year.

Keeping the buoyant form of a speech which he opened by thanking for businesswoman Karren Brady for introducing him – he quipped, “You’re hired!” – Mr Osborne threw out a few jokes at Miliband’s expense: “Perhaps with all this talk of blackouts, we’ve been a bit unfair on Ed Miliband’s leadership. We used to think lights on but nobody’s home. Turns out we’re only half right.”

He also put forward a price freeze of his own, for petrol: “Provided we can find the savings to pay for it I want to freeze fuel duty for the rest of this parliament.”

Mr Osborne continued his cheerleading for shale gas: “Should we accept that this nation that mined deep for coal, and took to the cold, stormy seas to search for oil, will turn its back on new sources of energy like shale gas? No. We absolutely should not.”

In a signal perhaps designed to appease EDF Energy – which is set to build Hinkley Point C – and Horizon’s owner Hitachi, he emphasised support for nuclear power: “Should we, the country that built the first civil nuclear power station, say: ‘We are never going to build any more – leave it to others?’ Not on my watch.”