A green energy provider in the UK has promised never to sell gas obtained from fracking to households and businesses. Ecotricity said its ‘Frack-Free Gas’ pledge is in an effort to […] 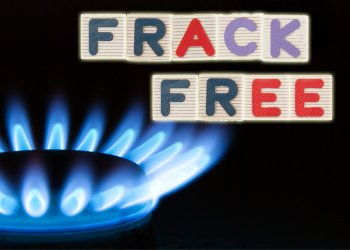 A green energy provider in the UK has promised never to sell gas obtained from fracking to households and businesses.

Ecotricity said its ‘Frack-Free Gas’ pledge is in an effort to give consumers the choice not to buy shale gas and avoid them from supporting the fracking industry. The gas is sourced through the controversial hydraulic fracturing process – drilling deep underground and opening the rocks with a mixture of water, sand and chemicals for the gas to flow out freely.

Earlier this month Energy Secretary Ed Davey hailed shale gas as a future boon for the UK while some believe it could end the need for energy consultants. American scientists also raised concerns over water contamination but a top UK geologist recently said she “wouldn’t be too worried fracking under my house“.

The Gloucestershire-based energy firm said it has arrangements in place to ensure fracked gas does not enter its supply chain.

Dale Vince, Founder of Ecotricity said: “Fracking for shale gas will entrench the use of fossil fuels in Britain for decades to come – at the expense of the switch to clean green energy – we can see that happening already… We’re giving people the chance to be conscientious objectors on this issue, to make sure their gas bill money does not support this rather desperate and damaging process.”

The supplier has also announced a price freeze on their electricity tariff until 2014 amid reports the Big Six firms are gearing up to increase prices.

Mr Vince added: “We’ve already taken the step of slightly lowering electricity bills for our customers from October 1st – now we are going further and freezing those prices until the New Year.”

What are your views on fracking? Would you like to hear the opinions of those in the industry? If so, why not come along to the Energy Live 2013 conference in London on November 7th as a US fracking industry expert and Energy Secretary Ed Davey will be there to answer your questions among many others.