The former chief executive of RWE npower has taken on the role of Chairman at new energy business Albion Community Power (ACP). Volker Beckers said he hopes the firm can […] 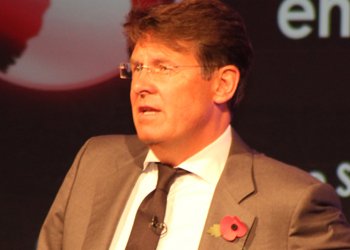 The former chief executive of RWE npower has taken on the role of Chairman at new energy business Albion Community Power (ACP).

So far it has raised an initial pot of cash from retail investors and private investors – known as the ‘first close’ – which will go towards its first project although this figure is undisclosed.

In total it aims to raise up to £100 million for ‘brownfield’ wind farms, hydroelectricity, biogas, biomass heat and solar projects which could eventually power 35,000 UK homes. Some of these will be existing projects, others begun from scratch.

Mr Beckers said: “Albion already has a strong track record in renewable energy and ACP is well placed to capitalise on the growing number of investment opportunities in this sector. I am looking forward to working closely with the team to ensure ACP builds on its promising start and becomes a significant investment force in renewable energy.”

He joins Robert Armour, former General Counsel at British Energy (which was taken over by EDF in 2009) on ACP’s board.