Coal’s worldwide reign could wane after 2017 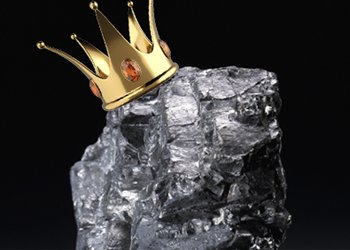 Mr Smith, who runs the detailed, occasionally irreverent Energy Burrito says: “Although it’s easy to get caught up in the vastness of the volume of fossil fuels we continue to consume, we are increasingly being presented with positives as we move – albeit slowly – along a path toward a lower carbon-emitting future.”

From the States to China there are tell-tale “signs” coal use could drop: “Despite the rumours of the demise of ‘King Coal’ being somewhat premature, there are signs of its weakening grip of power in the largest energy-consuming nations in the world.”

This might not seem obvious when you look at China, says the energy expert, which isn’t just the largest global producer of coal, its coal consumption outweighs that of every other nation in the world combined.

He says: “All the while, the entire growth in incremental coal consumption for the past five years has come from China and India (India a little, China a lot), while the rest of the world has seen coal demand peter off.”

But keep an eye on US coal imports which are about to drop a significant chunk, says Mr Smith: “Just as we know all markets are interrelated, it should come as no surprise that US coal exports are expected to drop 8.5% versus last year as Chinese imports cool. Something to keep an eye on as we approach peak coal in 2017.”

He also points to EIA statistics which show the “material growth” of renewable energy in the USA’s coolest state: “California saw a record 26% of its power generation met from renewable sources in May 2013. So while we may still be seeing coal account for 40% of power generation on a national scale, there are some states making strides toward a more renewable future.”

Want more analysis on the world’s energy movements? Catch Schneider Electric’s Matt Smith when he flies out from the States to speak at Energy Live 2013 in November at London’s Film Museum in Covent Garden.