Blockages caused by household waste – such as baby nappies, wipes and grease – being flushed down the toilets are costing Scottish Water millions of pounds every year. The company […] 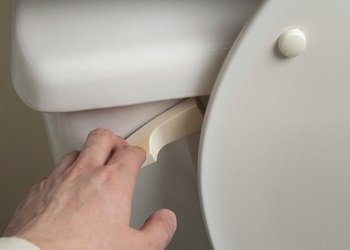 Blockages caused by household waste – such as baby nappies, wipes and grease – being flushed down the toilets are costing Scottish Water millions of pounds every year.

The company has revealed it spends around £7 million a year clearing more than 45,000 blockages in the sewer network, with around 80% of them caused by household waste.

Scottish Water has launched what it claims is its biggest ever campaign to educate and highlight the impact of what people flush down their sinks and toilets. It says blocked sewers are a major cause of environmental pollution, flooding and odour issues and could be easily avoided if householders and businesses disposed of their waste properly.

Reducing the amount of money spent on clearing blockages will help Scottish Water keep average customer charges the lowest in Britain, it claims.

The water firm will conduct two pilot campaigns in Hamilton and Dunfermline in Scotland, which have been identified as key areas for improving service and the environment. It will also work alongside the NHS and midwives to raise awareness among new parents on how to dispose of nappies and baby wipes safely as well as visit local schools to educate pupils.

Chris Wallace, Director of Communications at Scottish Water said: “We are committed to working with our customers to reduce the impact of sewer blockages which can cause flooding and misery for communities.

“Sewer blockages also have a major cost and labour impact on our business and are caused by items such as wipes, nappies, sanitary items and foreign objects such as cotton buds. Fats, oils and grease also contribute in a large way towards these blockages… Our aim is that these pilots will identify successful activities that will influence customer behaviour.”

Welsh Water also launched a nationwide campaign earlier this year to encourage people to be careful what they flush away in a bid to cut costs.