Electricity consumption in Asia Pacific will double by 2035, with the region using more than half of the world’s energy supplies, according to a report released by the Asian Development […] 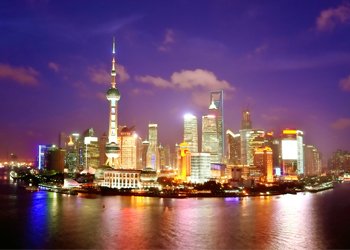 Electricity consumption in Asia Pacific will double by 2035, with the region using more than half of the world’s energy supplies, according to a report released by the Asian Development Bank (ADB).

That represents an increase in energy demand of 2.1% each year between 2010 to 2035, bringing total demand to around 7,600 million tonnes of oil equivalent.

As countries around the world try to cut their reliance on fossil fuels their use in Asia Pacific is predicted to increase, with the share of the energy mix growing by nearly 1% to 83.2%.

The increased use of fossil fuels could take its toll on the environment, suggests the report. The region accounted for 42.8% of worldwide emissions in 2010 and by 2035 it’s predicted to be responsible for more than half.

The report says dealing with Asia Pacific’s energy demands will require co-operation between countries. S. Chander, Special Senior Advisor for Infrastructure and Public-Private Partnerships at ADB said: “Countries cannot meet these huge power requirements all on their own, so the region must accelerate cross-border interconnection of electricity and gas grids to improve efficiencies, cut costs and take advantage of surplus energy.”

It will also come with a colossal price tag. The energy sector could require $11.7 trillion (£7.4tn) of investment or as much as $19.9 trillion (£12.5tn) if the region takes a more environmentally friendly approach.

China recently overtook the US as the world’s largest importer of oil according to a report by the US Energy Information Administration.