Questions will be asked about why the future of Grangemouth petrochemical plant came so close to the “cliff edge”, according to Scottish First Minister Alex Salmond. Under today’s deal union Unite agreed […] 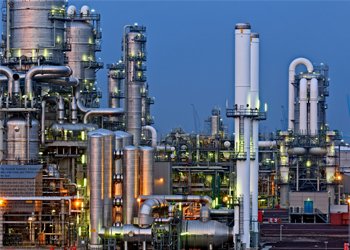 Questions will be asked about why the future of Grangemouth petrochemical plant came so close to the “cliff edge”, according to Scottish First Minister Alex Salmond.

Under today’s deal union Unite agreed not to strike for three years and accepted the plant owner INEOS’ survival plan.

Mr Salmond said: “There will no doubt be continued debate and recrimination in some quarters about why the future of this facility went so close to the cliff edge.”

However he preferred to “stress the positives” including the fact that so many people have gone the “extra mile” to secure Grangemouth’s future.

The minister added: “This news is a tremendous fillip for the workforce and the whole Grangemouth community, following what could have been a potential disaster.”

He said: “Grangemouth is important to the Scottish economy, the UK economy and most importantly to the local economy where 800 jobs have been saved and the local community has avoided a major blow. We can now look forward to a future of growth at Grangemouth.”

The Scottish Secretary Alistair Carmichael, who met with Unite and INEOS yesterday said: “There are undoubtedly lessons to be learned from this dispute but for now we should focus on the immediate success of securing the site’s future.”

INEOS have agreed to invest £300 million into the petrochemical business and part of that will go towards building a new ethane facility for the import of shale gas from the US. The project has reached the ‘pre-qualification’ stage for a £125 million infrastructure guarantee from the UK government.

Mr Carmichael added: “The UK Guarantee for the new ethane facility is an important part of the discussions and the plant will be a key part of the company’s plans for the future.”